Best Cave in Jamaica. The central feature of this natural attraction is the large labyrinthine limestone cave with its numerous rock formations, its stalactites, stalagmites and abundance of overhead ceiling pockets. Green Grotto Caves is 1,525 metres long and 12 meters deep and is characterized by numerous chambers and light holes and a subterranean lake – the Grotto Lake – occupies its bowels. http://www.greengrottocavesja.com 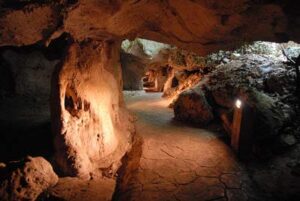 The Green Grotto Caves are show caves and a prominent tourist attraction in Discovery Bay, St Ann on the north coast of Jamaica. Named for the green algae that cover its walls, the structure of the cave is strikingly different to inland systems; the cave is a Flank Margin Cave (old mixing chambers at the edge of the fresh Green Grotto Caveswater lens with the sea water) with two well-defined levels apparently indicating two periods with differing sea-levels. The innermost cavern contains a crystal-clear underground lake.In addition to the publicly accessible sections of the cave there is also a section of “wild caves” with relatively undisturbed ecology. Hydrologically, the cave system is connected with the adjacent coastal waters.
The caves are home to nine of Jamaica’s 21 species of bat including the Big-Eared Bat, the Mustache Bat, and the Jamaican Fruit-Eating Bat . The filming of the 1973 James Bond film Live and Let Die, used the caves for villain Doctor Kananga’s underground base beneath a cemetery on the fictional island of San Monique. 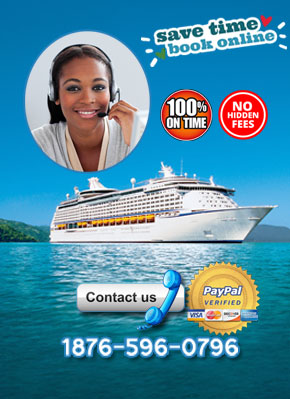